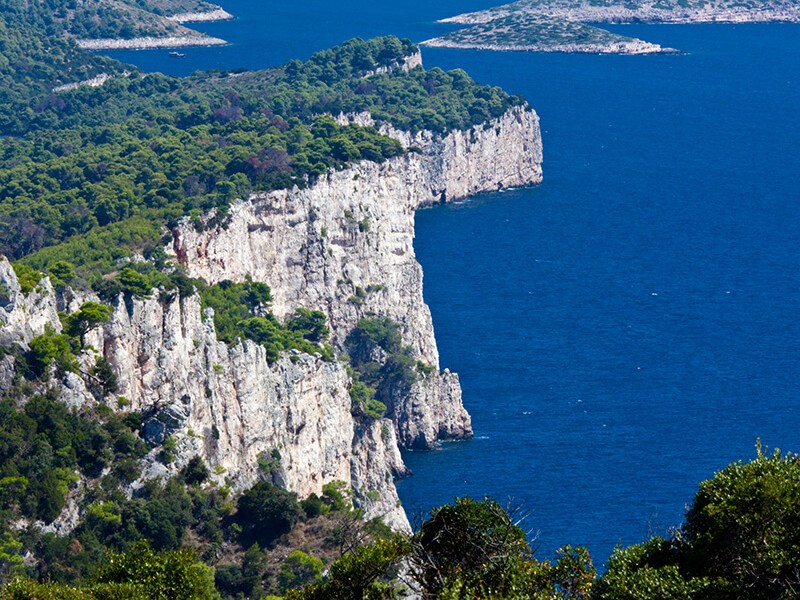 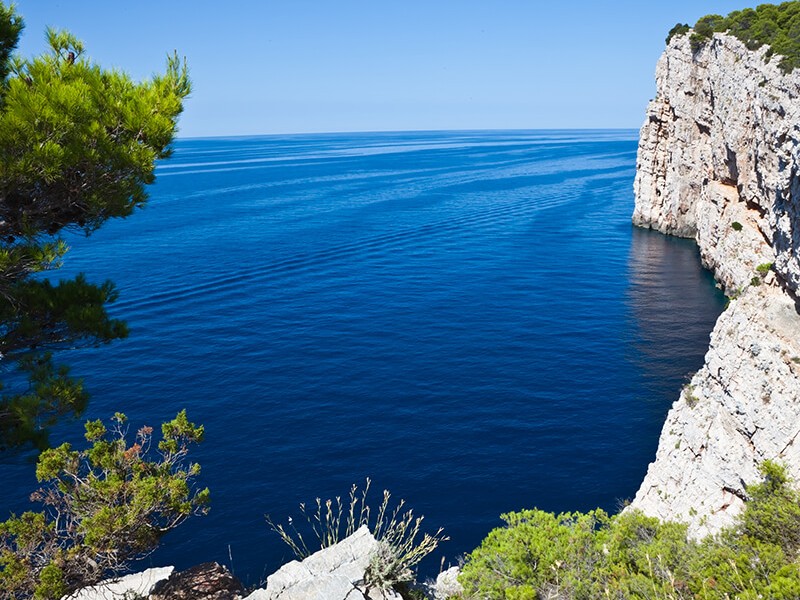 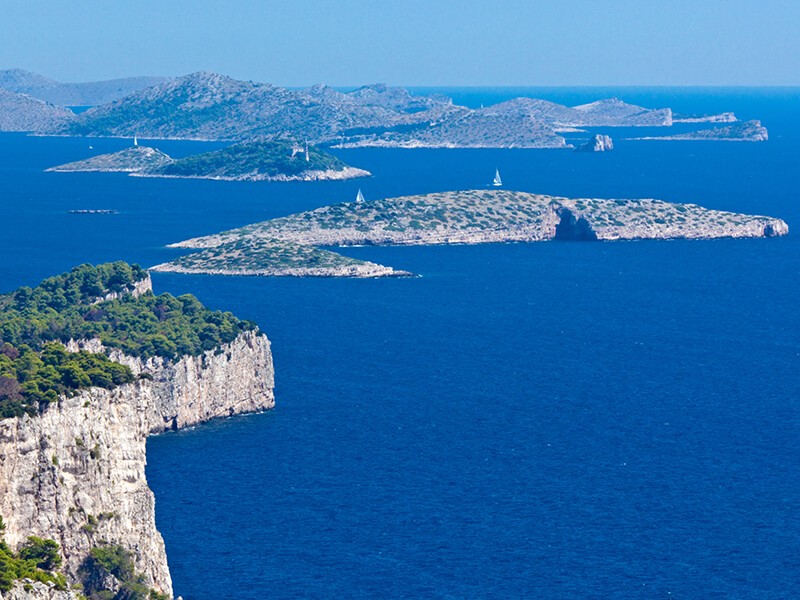 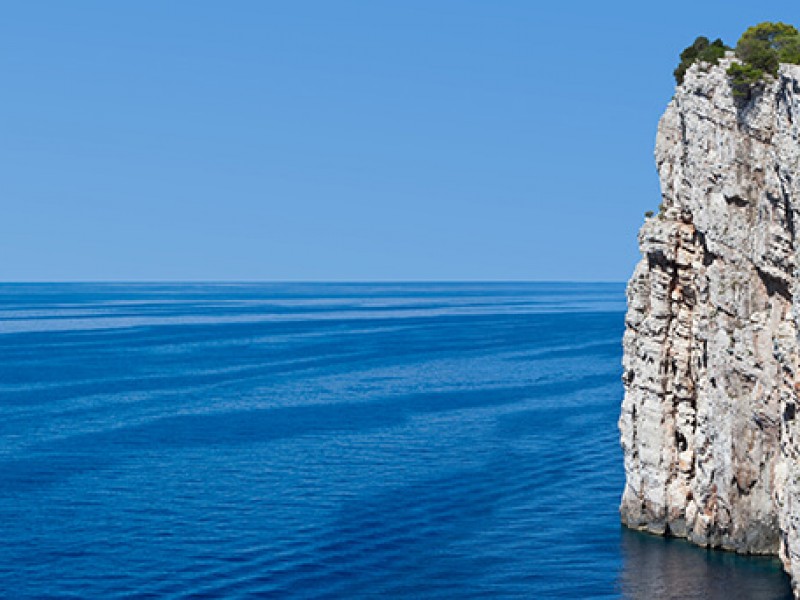 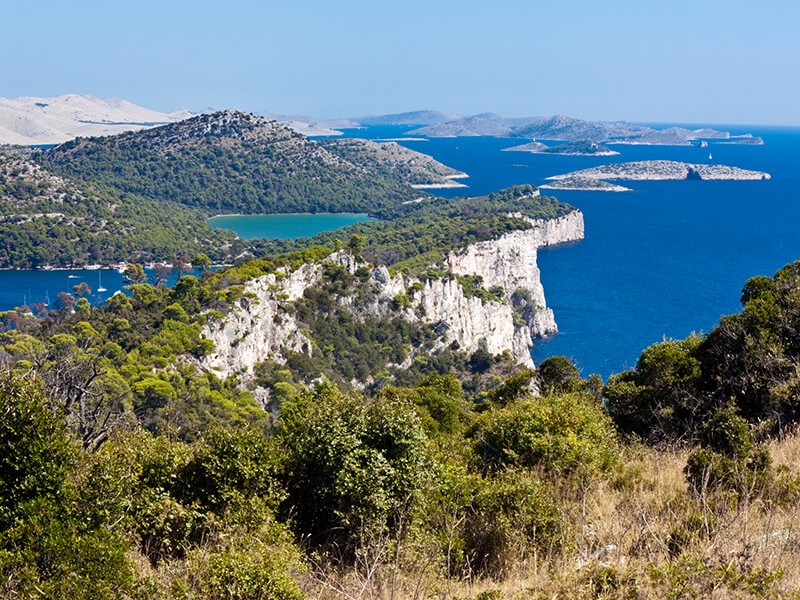 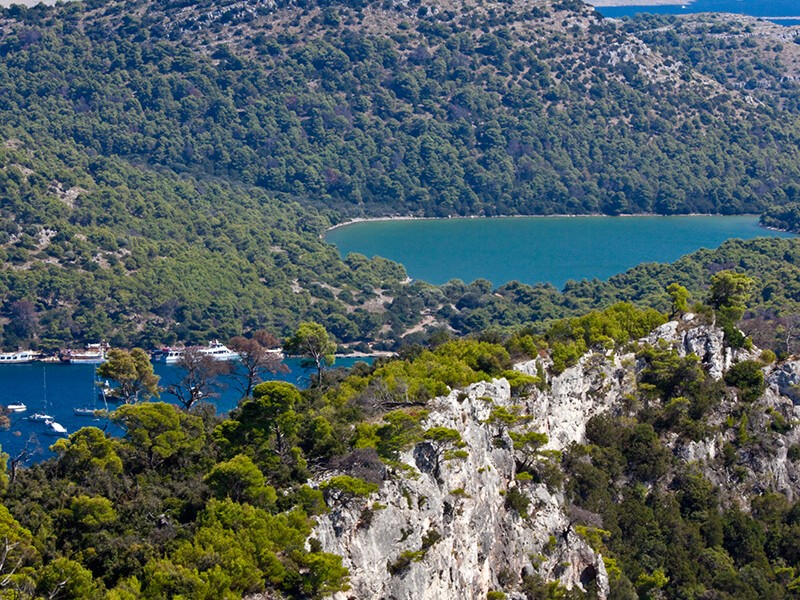 Telašćica bay is situated in the central part of the eastern Adriatic coast, in the southeastern part of the island of Dugi Otok (Long Island). Thanks to its extreme beauty, richness and importance, this bay surrounded by 13 islands and islets, was declared a nature park in 1988. The status of the protected area was given in 1980 thanks to its exceptionally valuable plant and animal life, geological and geomorphological phenomena, valuable communities of the seabed and interesting archaeological heritage.

Three phenomena are the basic characteristics of the area: the unique bay of Telascica as the safest, most beautiful and largest natural port in the Adriatic Sea; with 25 small beaches and cliffs rising to 161 meters above sea level and down to the depth of 90 m; and finally the salt lake “Mir” (Peace) with healing properties. Most picturesque of the islands is Katina and the most unusual one is Taljurić. The total area of ​​the Nature Park is 70.50 km2, of which 25.95 km2 on Long Island and the adjacent islands and 44.55 km2 at sea. Beautifully cultivated meadows and hillsides are rich with Mediterranean vegetation with about 500 plant species, and equally rich fauna. The undersea world has more than 300 plant and 300 animal species.

More than 2,500 hours of sunshine a year, the average January temperature higher than 7 ° C and annual average higher than 16 ° C are the characteristics of the climate of the area. Sea temperature in winter is approximately 13 ° C, and in summer about 23 ° C. Telašćica was inhabited since ancient times, as evidenced by Roman remains in Mala Proversa and numerous pre-Romanesque churches, among which the church of St. Ivana in Stivanje field. It is possible to dive on a few attractive locations next to the cliffs, walk along the interesting places and enjoy the panoramic view from the belvedere Grpašćak.

Telašćica bay is most impressive when viewed from the sea. Rent one of our charter boats and enjoy this spectacular wonder of nature!