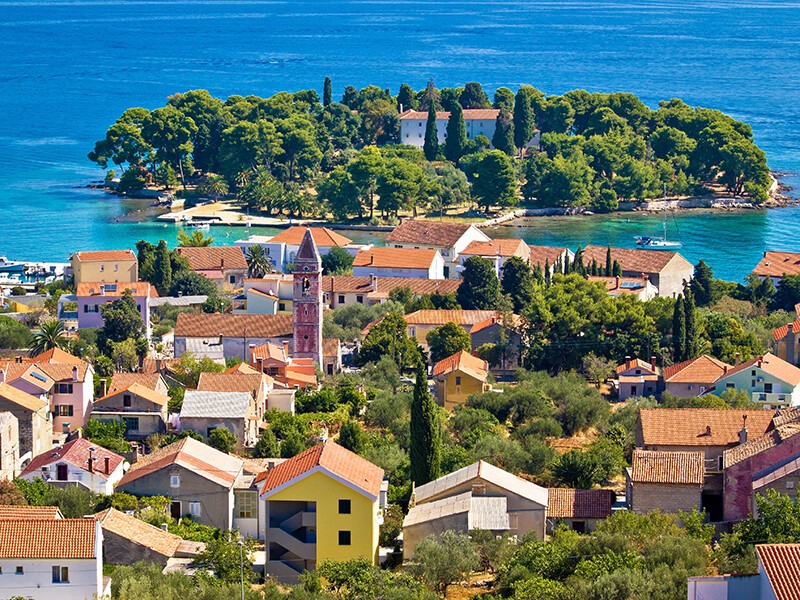 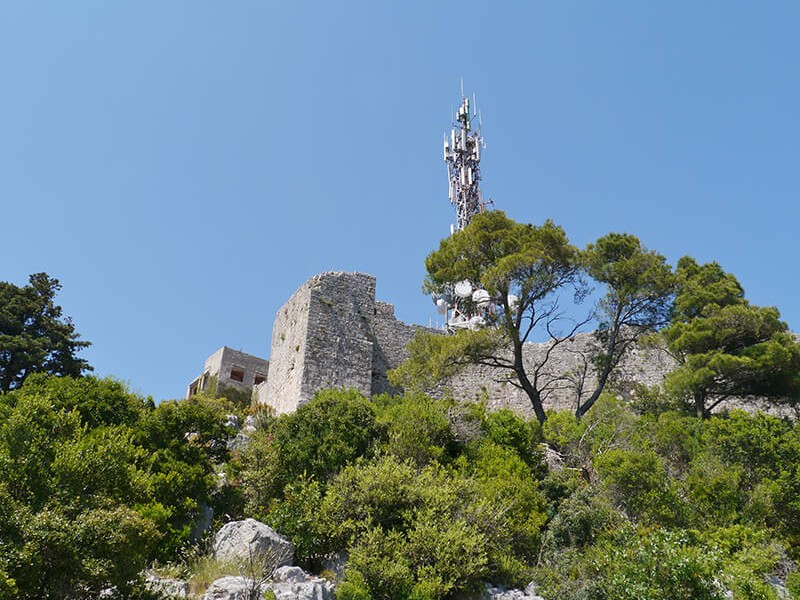 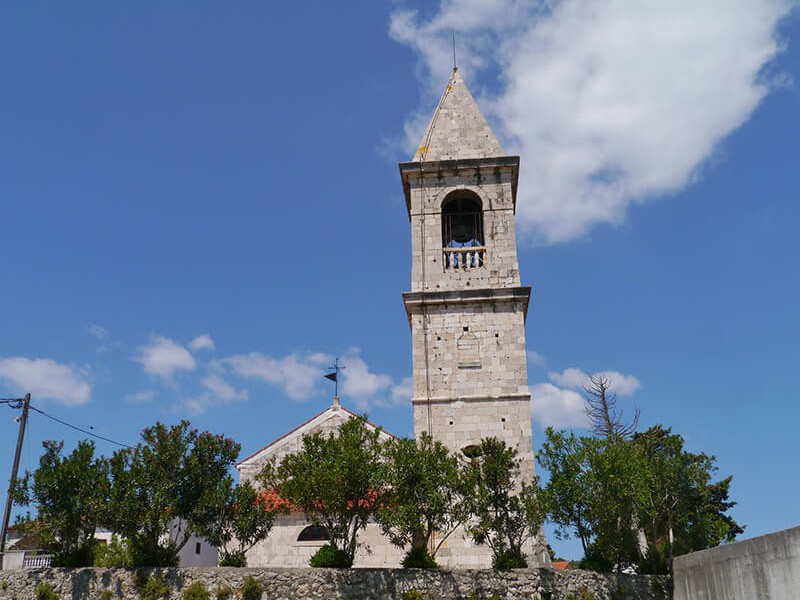 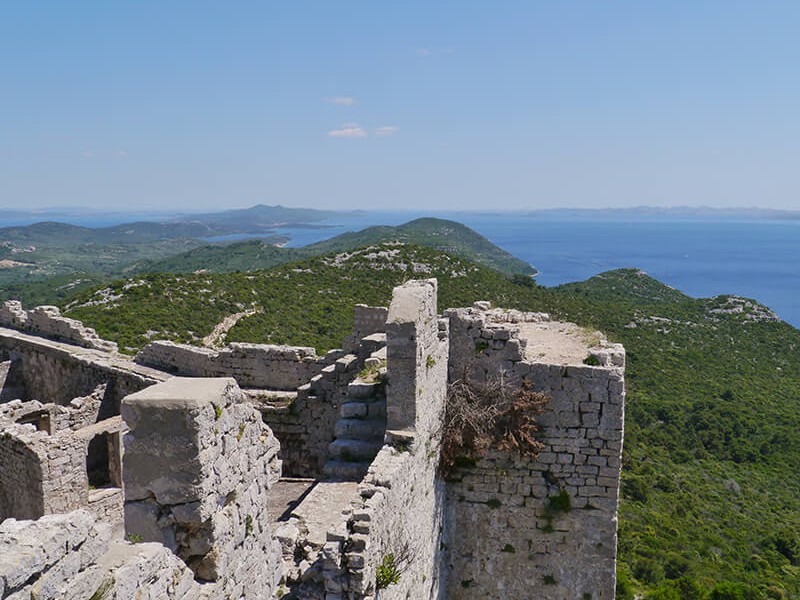 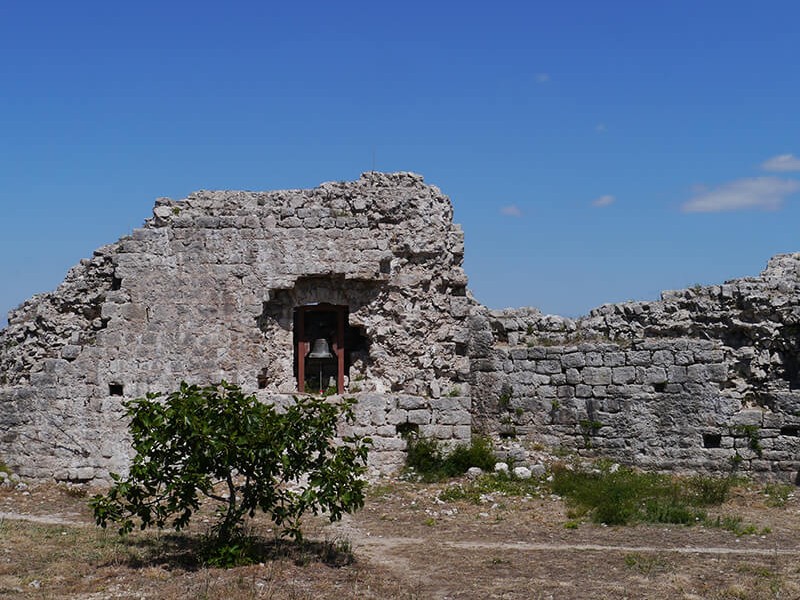 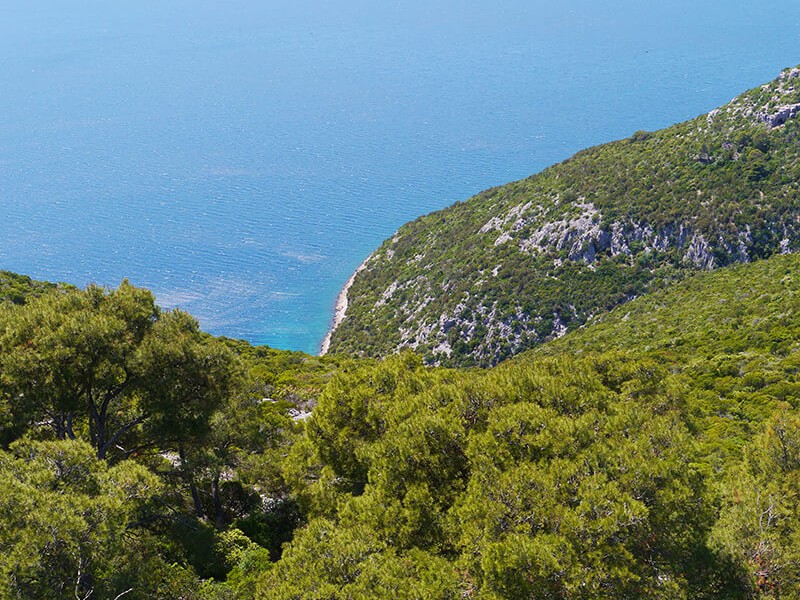 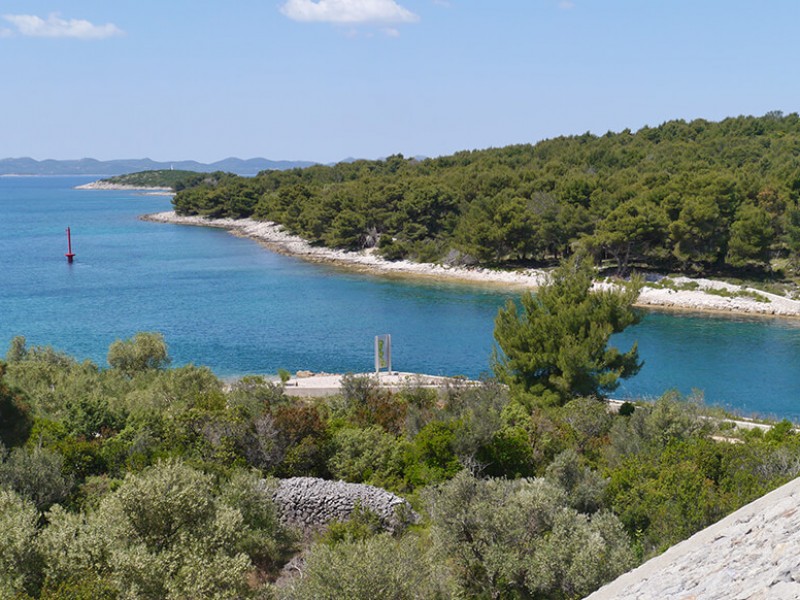 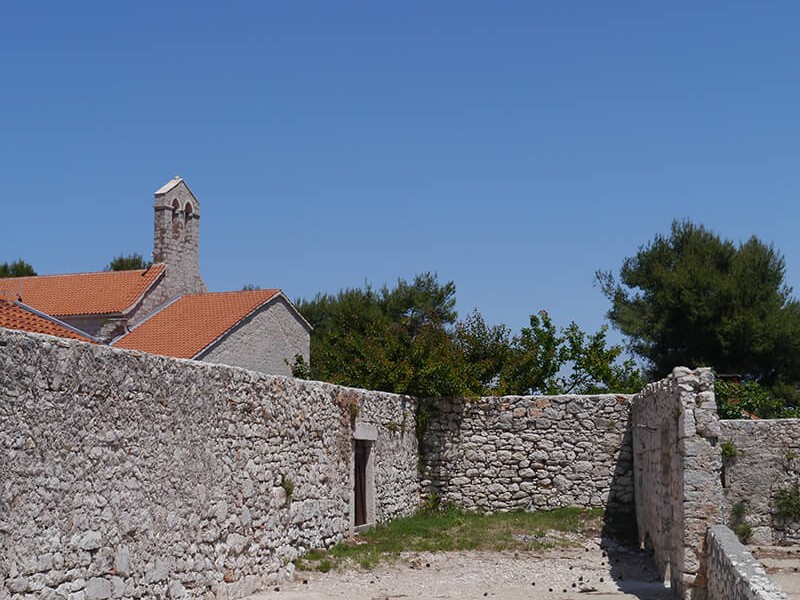 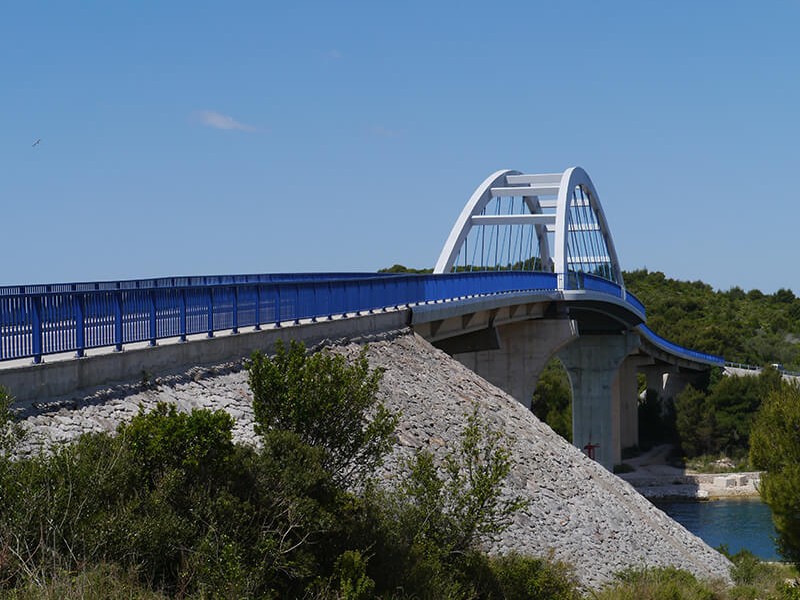 Ugljan is the closest island of the Zadar archipelago, opposite the town of Zadar, with which it is connected by many ferry boats. Also called the green island, covered with dense bushes, pine, olive and fig trees, vineyards and other Mediterranean vegetation. Its area is 51.85 km2, while the coastline is 74 km.

It is tied to the sea, sailing and fishing, with over 2000 years of tradition in growing olive trees that produce oil of extraordinary quality and aroma. The entire north side of the island is filled with fishing and tourist villages , the most known being Kukljica, Kali, Prego and Ugljan. The other side of the island is largely uninhabited, with many coves, islands and rich undersea world ideal for divers and sport fishermen. interior of the island has many paths suitable for walking and cycling tours.

Lovers of Mediterranean landscapes can enjoy unforgettable, most notably the one from Venetian fortress St. Michael (XIII century.). The early human habitation in this area is evidenced by remains from the Roman era, early medieval Croatian chapels, monasteries, island stone architecture and numerous villas. Rocky and sandy beaches, crystal clear sea, different possibilities for accommodation and unique culinary experiences are some of the reasons to visit and stay on this island.

Veli Lukoran is a place of hidden coves and beaches where pine trees touch the sea. It has many country houses owned by Zadar noble families, most famous of which is a summer house of Family de Ponte from 17th century. Mali Lukoran is known since the ancient times as a place to rest. Legend says that Croatian poet Petar Preradović, amazed by sunrise in the island got inspired to write the famous patriotic song “Zora puca” (Dawn Breaks).

Placed in a big, protected cove, Sutomšćica offers safe anchorage to seamen. The diligent hands of local residents are witnessed by numerous gardens in which the pomegranate trees ripen in September, around the day of the patron St. Euphemia. The baroque summer house by Zadar family Lantana, from the 17th century is a place worth seeing.

Picturesque place in the cove, surrounded by the peninsula of St. Peter with Romanic church from the 13th century. Rows of houses are always surrounded by green gardens. Numerous wells with spring water and many hours of sunshine are the reason behind successful year-round vegetable growing.

Situated in the central location of the island Ugljan with ancient parts of typical Dalmatian architecture and many country houses owned by aristocratic families. Only 80 m away from the resort lies the idyllic islet Galevac covered with dense Mediterranean vegetation that hides the Franciscan convent from the 15th century. In the eastern part of town near the ferry port, there is a Romanic church of St. Ivana from the 11th century.

Kali is a village of famous fishermen who have shown their fishing abilities and seamanship on the world seas. Its uniqueness lies in two ports full of fishermen boats and fishermen repairing their nets. Village center with narrow streets and stone houses is situated on a hill with a breathtaking view of the surroundings, all towered by the bell tower of the baroque church of St. Lawrence, patron of Kali.

Kukljica is a picturesque tourist and fishing village, located on the southeast end of the island near the channel of Ždrelac. Old town is filled with genuine examples of folk architecture. Valuable monument is the church of Sv. Jerome from the 15th century in Kostanj bay.

Ugljan is a small harbour on the north-eastern part of the island, 11 km to the northwest of Preko. Chief occupations include farming, viniculture, olive growing, fruit growing, fishing and tourism. Smaller yachts can dock on the landward side of the breakwater anchoring ground for larger vessels is provided to the southeast of the small port. The old Franciscan monastery from 1430 is located on the cape closing the harb our in the north. It includes a onenave Gothic church from 1447 Interesting Romanesque capitals are built in the cloister.

Rent one of our charter boats and visit the Island of Ugljan and its beautiful hidden beaches!