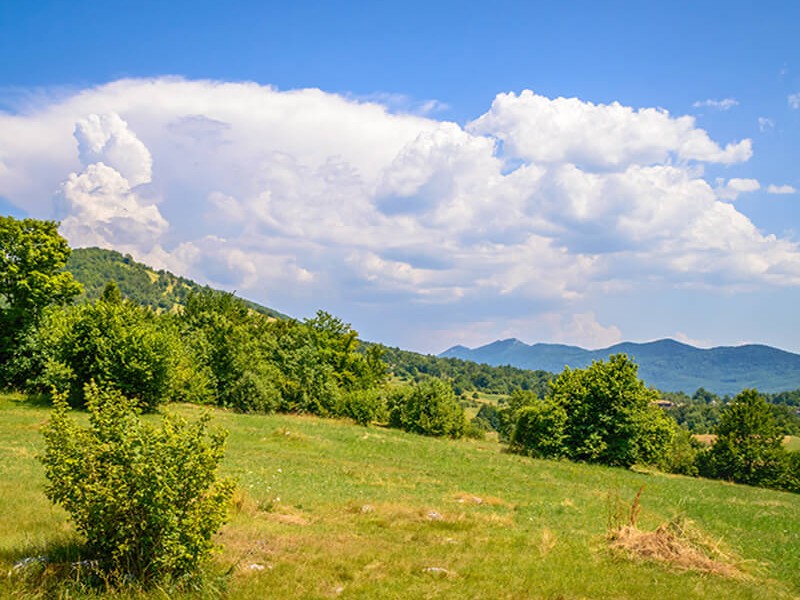 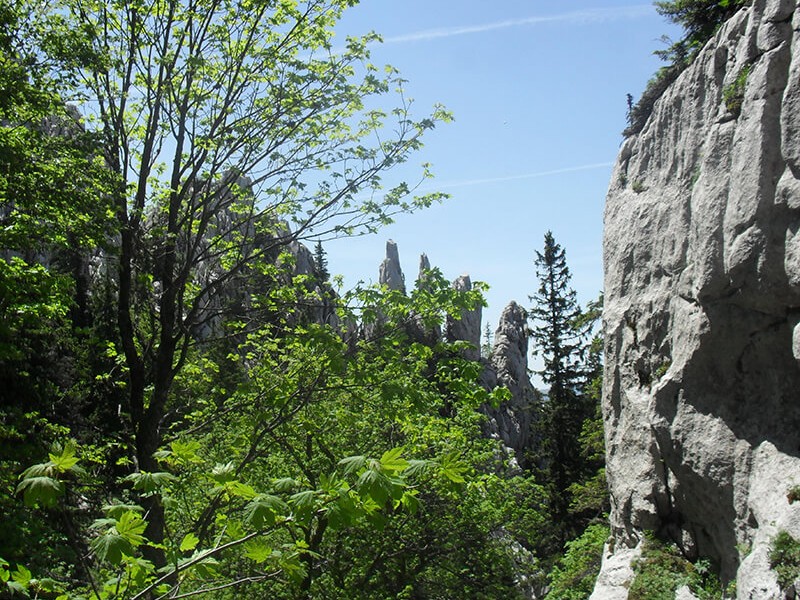 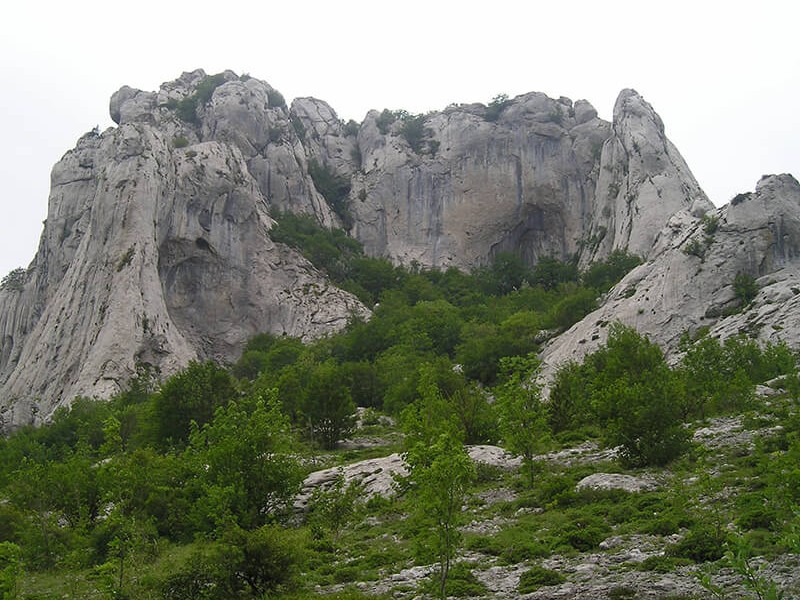 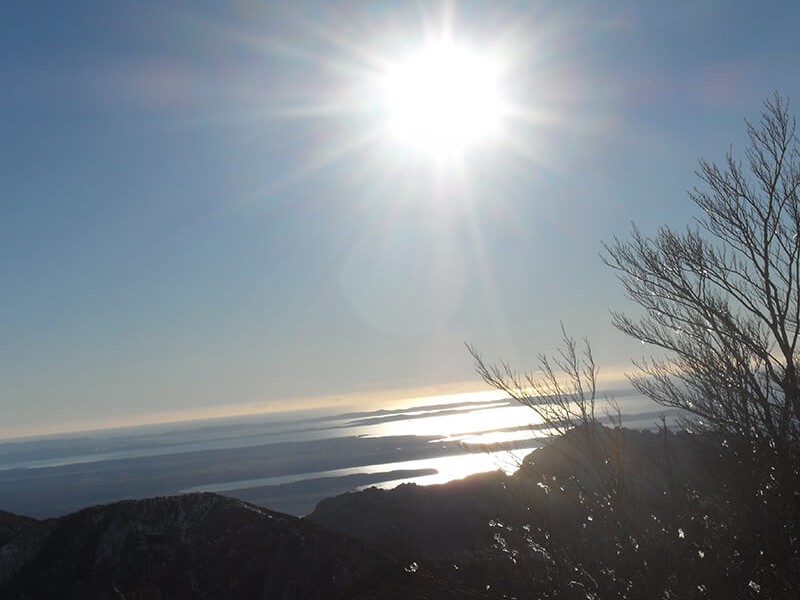 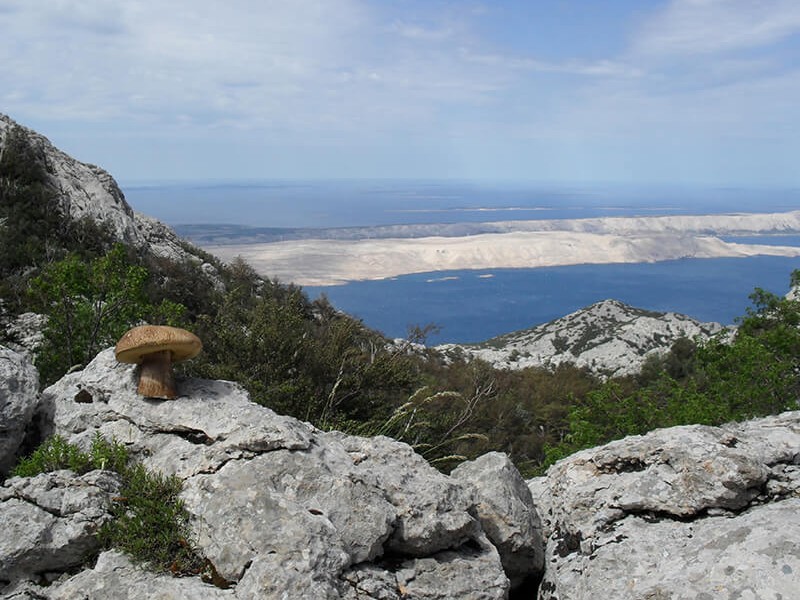 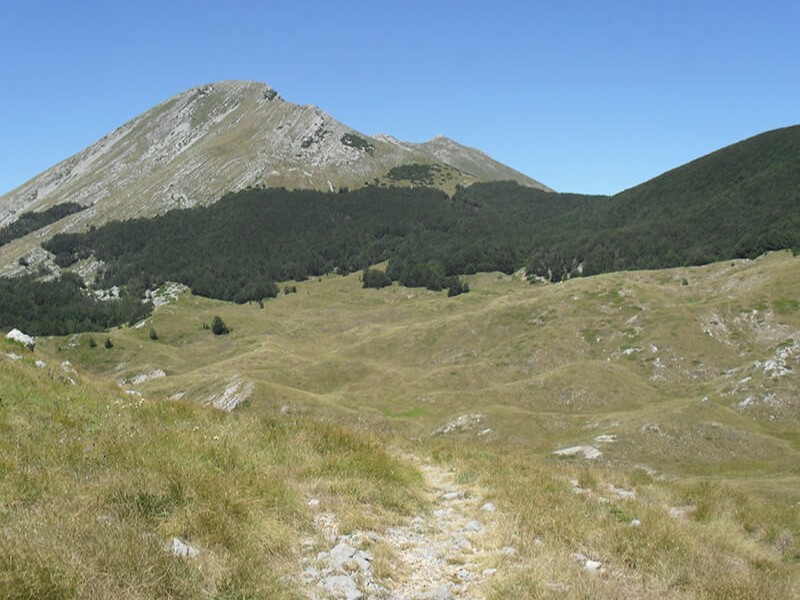 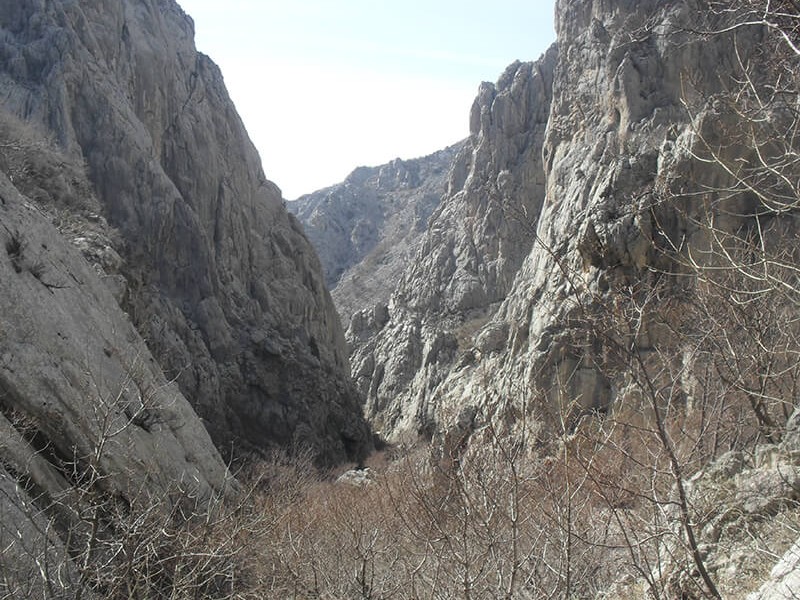 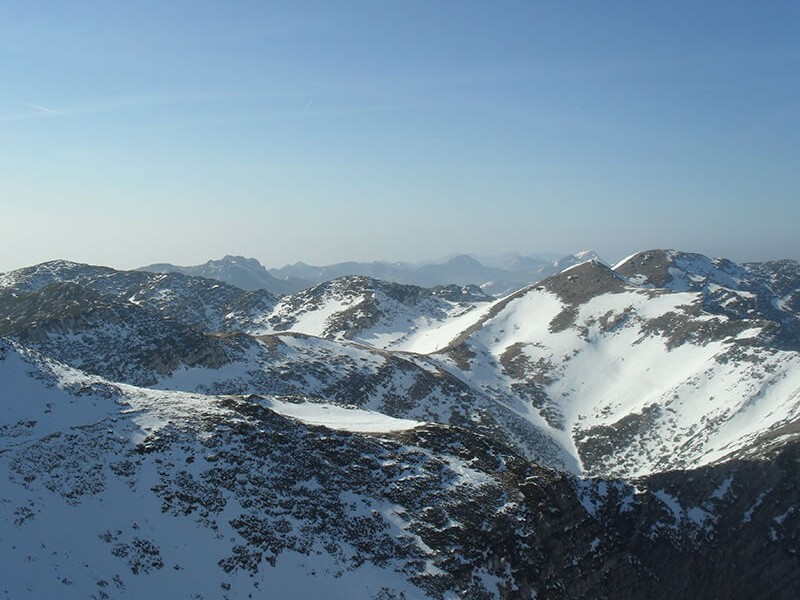 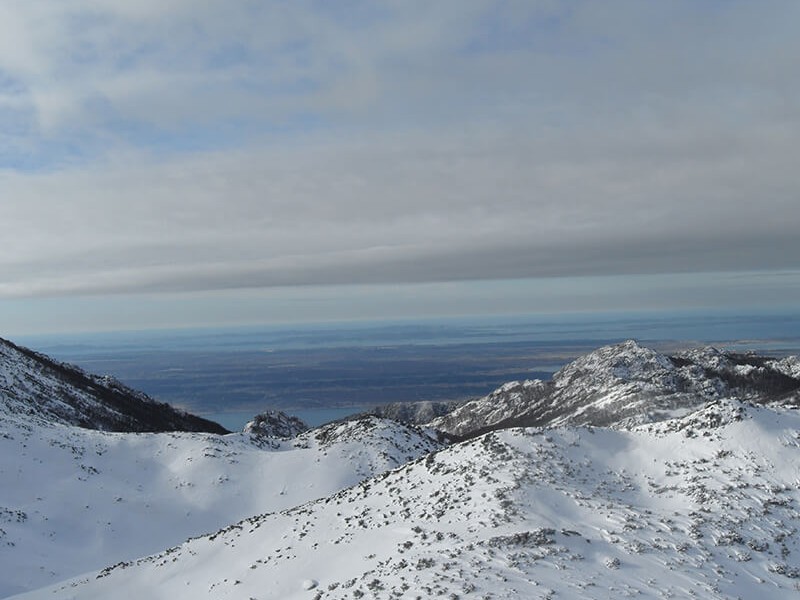 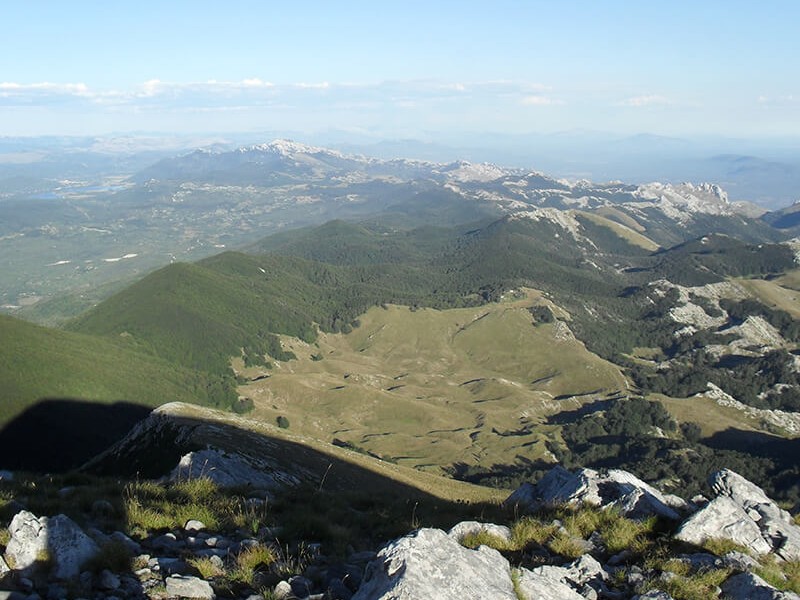 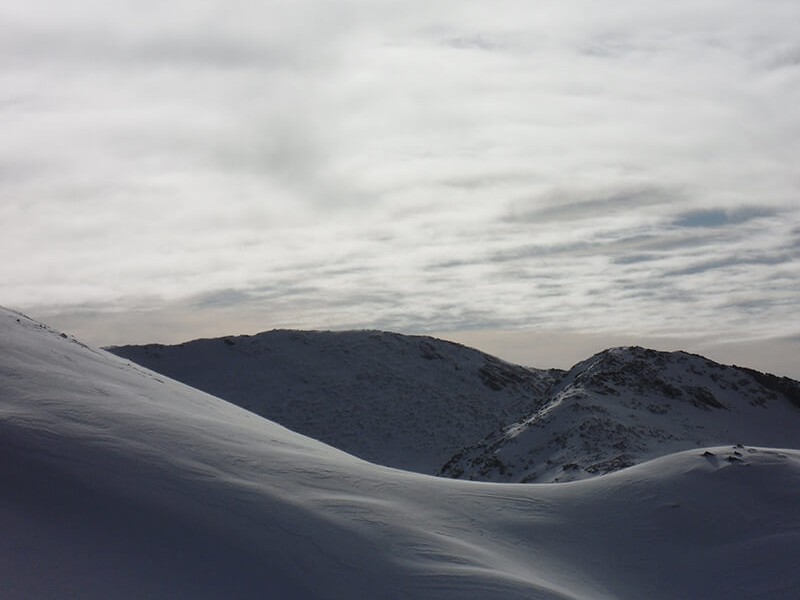 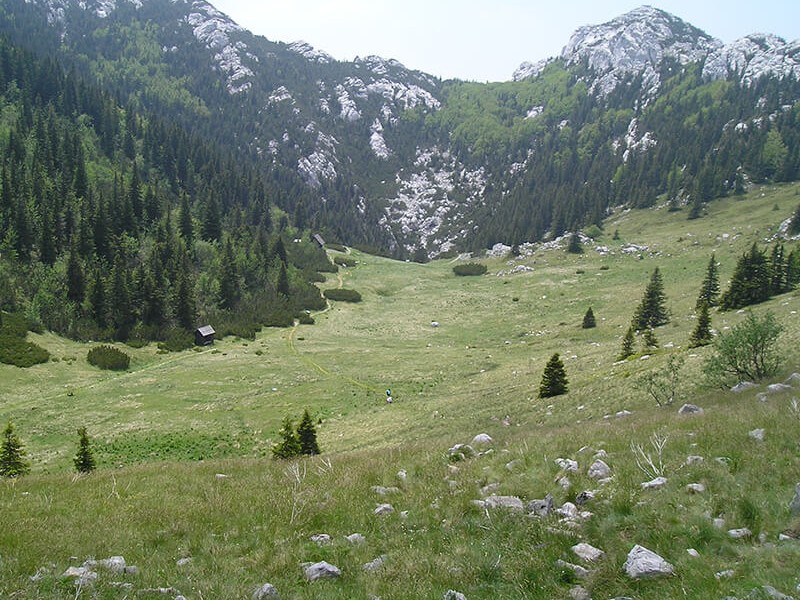 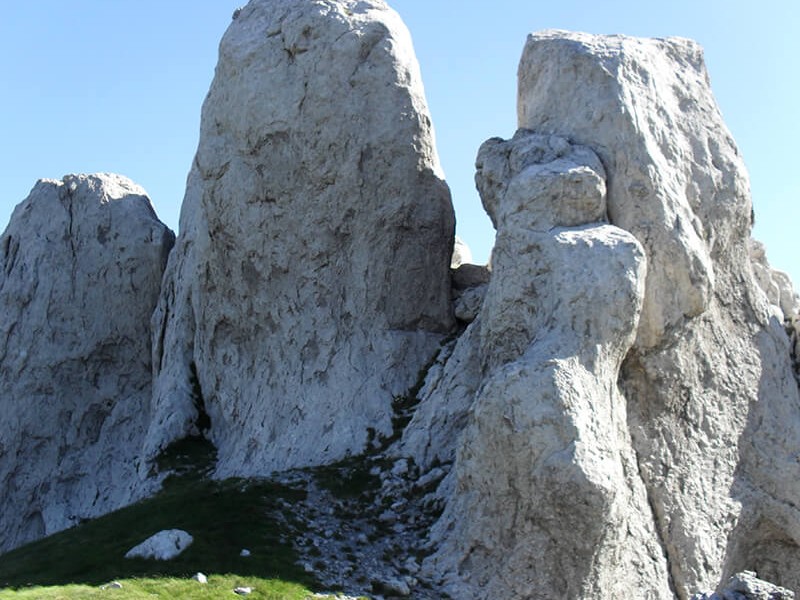 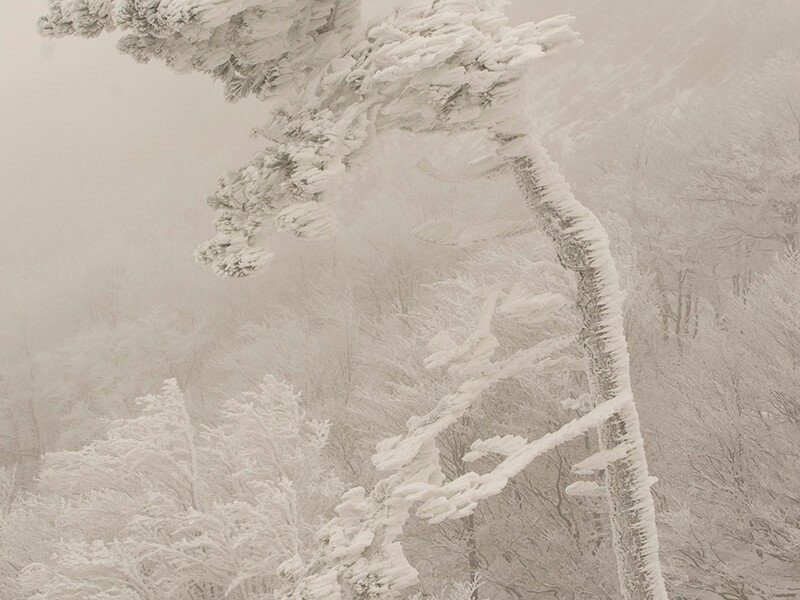 Velebit is Croatian most spacious mountain and the longest mountain of the Dinarides. Its length is nearly 145 kilometers – from the Vratnik pass above Senj to the River Zrmanja Canyon in the southeast. From the coastal belt to its continental foothills in Lika it is on average 14 km wide, but it width varies – from a maximum of 30 km in the northern parts to 10 km in its southern part. On an area of ​​approximately 2270km2 there are countless craggy cliffs and sinkholes, mountain ridges, valleys and peaks, of which 130 exceed the altitude of 1370m.

Velebit Mountain slopes are steep, and its crest is wide. Maritime slope, which descends to the sea is much higher than the continental slope. Slops also differ greatly in appearance. The coastal slope is very rocky and bare, gray or yellowish-gray in color, speckled with rare vegetation, while inland slopes, almost entirely covered in dark green forest seem a lot more pleasant.