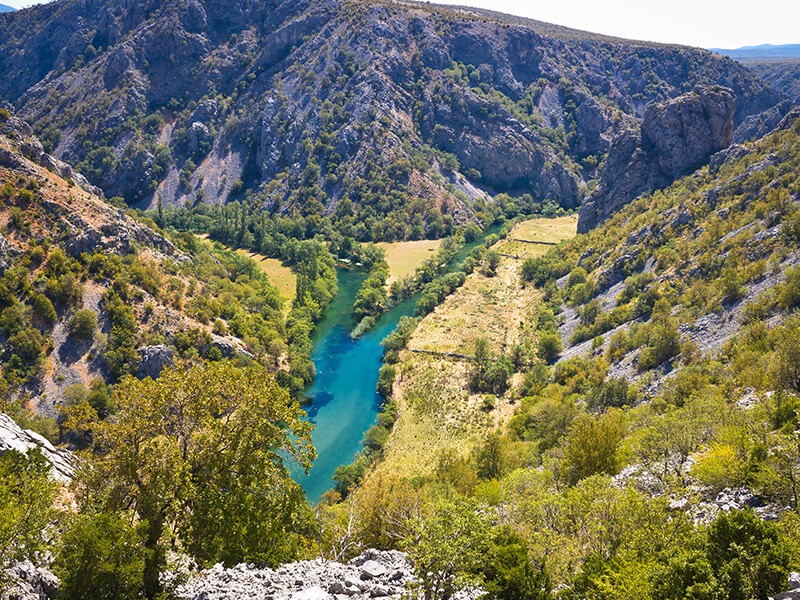 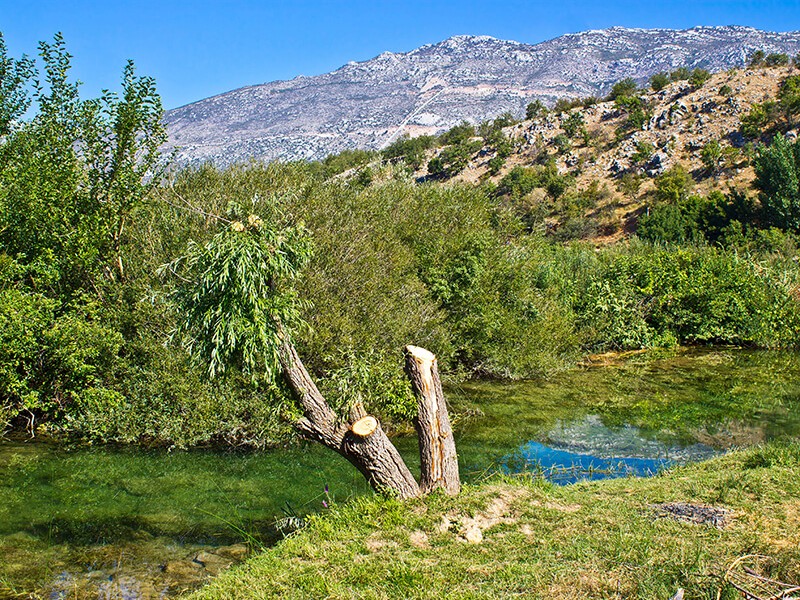 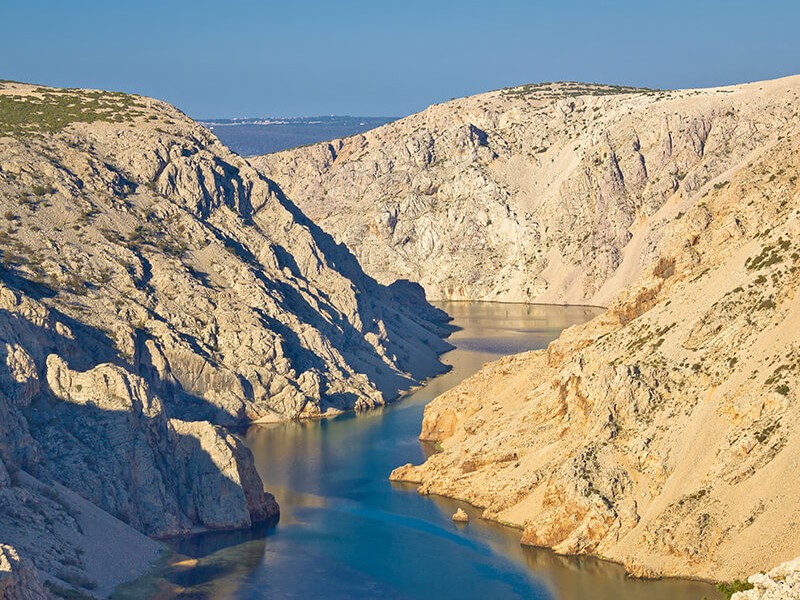 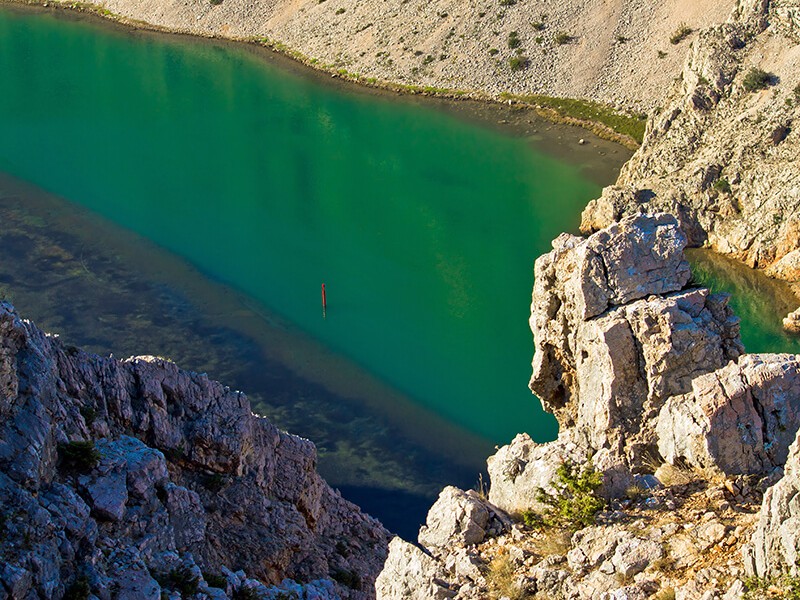 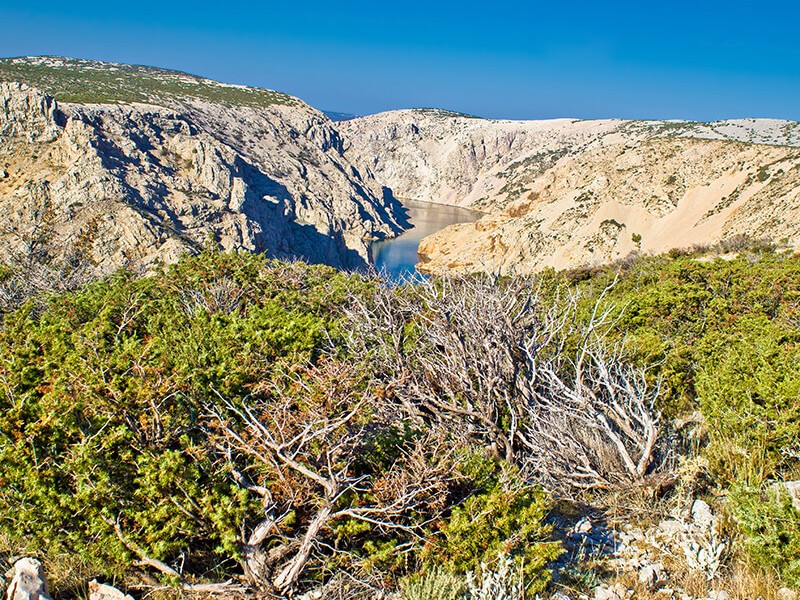 The Zrmanja River springs in Zrmanja well in Lika at the foot of the mountain Poštak. Along its 69 kilometers, it cuts in hard and cruel karst at the foot of the Velebit mountain. The main tributaries, along with Krnjeza and Krupa, are Lika rivers Ričica and Otuča. Zrmanja gets its water from a number of caves that complement its course – Čudina, Ðurica, Čavlinska, Milici and the like.

Zrmanja is characterized by rich flora and fauna. Apart from tiny organisms like endemic snails, pill-bugs and amphipods, we can find a larger population of olm (the only cave-dwelling chordate species found in Europe).

Zrmanja flows through Mokro polje (which dries up in the summer), then through Ervenik, Žegarsko polje, then over Bilišani through Obrovac, and it finally flows into the Novigrad sea.

Flora and fauna of the river canyon can be divided into two parts, from the source to the last waterfall (Jankovia buka), and the last of the falls to the mouth. Until the last waterfall Zrmanj is like any karst river. On the part below Jankovic noise mixes with the sea and its water becomes brackish. Obrovac is located about 4 kilometers downstream from Jankovic noise, and 11 kilometers upstream from the confluence with the Novigrad Sea.

In this bottom, brackish, part Zrmanja is characterized by a large number of species of marine fish. Some of them are sea bass, sea bream, mullet, eels, flounder, smelt, face, sole, and the like. Among cephalopods, there are the seasonal squid, octopus, cuttlefish and the like. From the birds we can meet the white and gray herons, cormorants, mallard ducks, doves, the peregrine falcon, Karst hawk and the others. From vegetation that fights in rugged canyon we find juniper, hornbeam, black hornbeam, white ash tree, and in some parts even fir and oak.

Some of poisonous animals that can be found on the lower part of the river canyon are viper snake and the black widow spider.